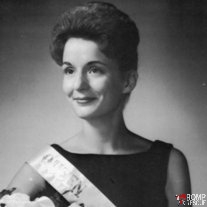 Our condolences go out to Liza Shannon McClure’s family as she passed away last Wednesday, March 20, 2013 in Memphis, Tennessee.  She was a passionate animal rescue advocate that directly and indirectly saved thousands of dogs over the years, and had a special spot in her heart from Italian Greyhounds.  For those that do not know Shannon, as her friends called her, it is likely you read her writings or have been effected by her rescue efforts.

Shannon McClure’s story: She bought her first Italian Greyhound puppy from a local hobby breeder in 1992 and showed him in the AKC Conformation showing.  She obtained her first rescue IG in 1997 when she came across a shell-shocked female from a backyard breeder.  It was that experience in 1997 that led her to volunteer with a rescue in Missouri where she was exposed to the horrific conditions Italian Greyhounds are subjected to in mills.  Only a year later, in 1998, she rescued a 10 year old from the pen of dogs waiting to be executed post mill auction.  That dog was not only given a new lease on life but a name, Adeline.  Adeline turned into Addie and aside from having a home, Addie was the reason behind Liza’s rescue – Addie’s Safehouse, a private IG rescue for discarded mill dogs.

Her love for the breed lived beyond her IG rescue, she shared her thoughts and feelings with the world when she put them down in writing.  She was a published dog writer, co-founder for the IG Times breed magazine, received the Maxwell Award from the Dog Writer’s Association, and received the ASPCA’s Human Issues Award for her piece, ‘Touched by a Spaniel.’  She spearheaded fundraising efforts for the annual Biggie Iggie Auction for IGSA and IGCA/IGRF and was a charter member of the Mid Atlantic IG Club.

You will forever be missed but never forgotten, Shannon.

This is a poem Shannon wrote to her beloved mill rescue, Minnie Pearl, who crossed the rainbow bridge on January 17, 2002.  Shannon wrote this when Minnie Pearl’s body started to fail, during the last two weeks of Minnie’s life, as she slept in Shannon’s lap.

“….over the last couple of weeks when I accepted the reality of this (her passing), Minnie and I sat together in the evenings and wrote “her poem”. It seemed important to me to think of all the special things about her while she was still here to remind me of them. I guess this was a way of pre-grieving, but I truly feel we wrote this together. So do not be sad – I know that Minnie is not sad. She felt like the luckiest girl in the world and she showed it in some way every single day. ” Shannon

Minnie’s Magic
Her bags packed full felt feather light
Through crammed with wide-eyed hope and fright
That gloomy, rainy Boston day
When grizzled, old, she came to stay.
I hugged her tight-it had been years.
She stared ahead, ignored my tears.
I said “Its good to see you, girl!”
She said “Just call me Minnie Pearl.”
Harsh years had melted from her face
In travels toward this welcome place.
A limping gait set her apart,
But bird wings fluttered in her heart.
With crooked smile she charmed her way
Into my heart more every day.
So thankful for each crust of bread
Or gentle stoke to her old head.
Those clouded eyes could still express
A mesmerized contentedness.
There was magic in that trusting gaze –
In all her quiet, simple ways.
We filled short-measured days with fun,
A walk, a nap, a burger run.
She knew she was my special girlt,
This gentle, trusting Minnie Pearl.
Fate’s two-edged sword had cleft her life –
Three years of ease on ten of strife.
And in a while it came quite clear,
Why Minnie Pearl had ended here.
She whispered timeworn truths to me
‘Bout courage, grace, and dignity.
You can’t imagine my surpise
To find life lessons in her eyes.
We set our will against the tide.
Determined not to run or hide,
We cheated death of many days,
Me and Minnie with our stubborn ways.
She was blessed when she first came to me.
I was blessed when she came back, you see,
But once she’d taught all I could know,
She told me it was time to go.
Her bags packed full not feather light
The day that we gave up the fight –
A tear-filled, gusty Memphis day
When Minnie’s magic flew away.
-Shannon McClure

In honor of her and all the incredible work she did, her family is asking any and all memorials be made to the Human Society of Memphis & Shelby County www.memphishumane.org.